Making Great Windows and Doors for over 50 years

Slocomb Industries was founded by Leon Slocomb in 1961 to sell and install storm windows and doors. Leon Slocomb started manufacturing vinyl windows in 1961, and today is recognized nationally as one of the pioneers of the vinyl window industry. Five years later they began manufacturing one of the first all vinyl replacement windows in North America. During the late 1960's remodeling boom, Slocomb entered the replacement window market. Always innovating, they developed expertise in PVC window extrusion design and created their own PVC extrusion business Acro Extrusions.

We provide vinyl window and doors to customers in over 20 states including:

The mission of the Efficient Windows Collaborative is to lead and support — through the use of advanced window, façade and skylight technologies — the transformation of the built environment toward greater energy efficiency.

In 1989 the glazing and fenestration industry self-organized to create the National Fenestration Rating Council (NFRC). Nine years later the Efficient Windows Collaborative (EWC) was formed and since that time, market share for high performance windows has grown from roughly 30% to over 80% in the residential sector. During that growth, the EWC has been at the forefront of educating manufacturers about how to communicate the value of energy efficiency to consumers and providing performance comparisons across generic products. First incorporating NFRC labels and then ENERGY STAR for fenestration labels, the EWC has maintained a clear and consistent message regarding product performance. The purpose of the EWC is to provide unbiased information, outreach, education, and research dissemination to the general public on the energy efficiency, technical, and human considerations that influence window and façade design, selection, and use. For more information visit Efficient Windows Collaborative website. Download an Information PDF. 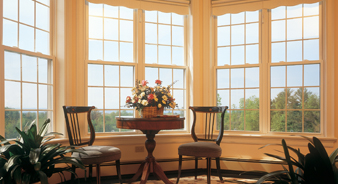 Our family at Slocomb would like to welcome you to explore all that we have to offer. From our new R-5 ProTech windows to our 2000 series patio doors we at Slocomb Windows & Doors look forward to serving you.

Made in the USA 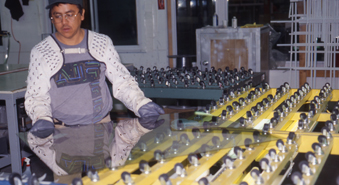 All Slocomb Windows & Doors are 100% made in the USA which results in guaranteed quality. We offer a variety of vinyl window and door styles in many sizes and shapes. We also offer a wide selection of colors, grids and hardware options. 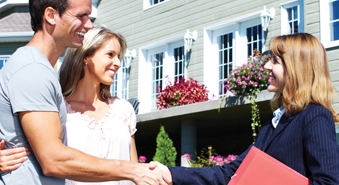 For over 50 years, quality and commitment have been the foundation of Slocomb Windows & Doors. Our expertise and knowledge of manufacturing vinyl windows has allowed us to continually grow in order to better serve our customers.